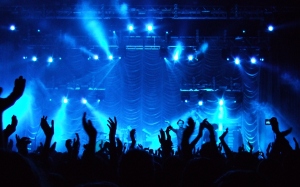 Many of us go through something extreme and feel it is too hard to continue. When you face a health condition or addiction your journey may be overwhelming. This fascinating story shares the power within us to develop the courage and strength to rebuild.

Rick Allen was 14 when his mother applied for him to join a band called Def Leppard to be their drummer. He joined the band at 15 and started pursuing his musical dreams. The band began to play shows and see some success.

At the age of 21, he was trying to pass a car at a high speed while driving a Corvette Stingray. He lost control and was badly hurt. His seat belt was not on and his arm had to be removed. Many would take this experience and give up on their goals.

Rick is someone who chose a different path. The band wanted him to stay on their team. A special drum kit was designed and he kept going. He used one arm to play and his left leg for the snare drum. This young man kept striving and pursuing his passion.

The rest as they say is history. The album Hysteria was released and has sold over 20 million copies. They have played shows all over the world. He ended up being part of one of the most classic and successful bands of their day.

The morale of this story is keep believing in yourself. You may face a tough problem and not know how you can stay positive. There may be a feeling of sadness or confusion wondering just how much you can handle. I encourage you to seek help and not face problems alone. It seems sometimes our hardest problems help mold our deepest potential. May you find success in whatever you are working towards.