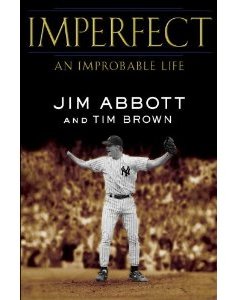 When I was young, I used to spend weekends visiting my father in New York City. We had a hobby of meeting athletes and it was extremely fun. One player I spoke with took me by surprise. He only had one hand and performed on a huge level.

His name was Jim Abbott and I later learned more about his life story. He lived in Michigan and was born without a right hand. His love of baseball continued and he played growing up. His persistence and ability led him to become an amazing player.

In 1989, he began pitching professionally for the California Angels. I find this so amazing because one of my earlier dreams was to play major league baseball. This is a feat that very few are ever able to accomplish. He would go on to win over 87 games as a pitcher on several teams.

This powerful statement is true for all of us. If you are facing a rough problem you have the potential to move forward. You may feel like you are upset after striking out at different situations you have worked on. It is up to you to rebuild and keep striving.

I know that we all have something which has felt hard or scary. The best lesson is to know you are important and valuable. Jim Abbott could have had a reason to feel sorry for himself. He decided to give his sport everything he had. He would go on to be a leader and provide hope for millions. Please know you have the potential to use your gifts and be a champion in your life. He has a great book titled Imperfect which shares his remarkable life story.