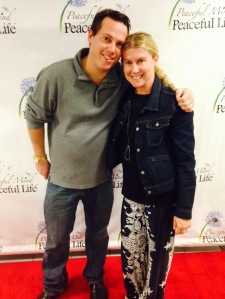 I remember the first years I was diagnosed with bipolar disorder. I felt hopeless, afraid, ashamed and alone. I didn’t know if I could share my feelings with others and worried I would be judged for my illness. I also thought being alone might be better than being rejected by others.

I began to find the right medications and therapy. Once I was feeling stronger I chose to be open to meeting new friends. I made a couple of kind pals and started to rebuild my confidence. I would eventually meet a girl and was so nervous when we began dating.

I didn’t know if I should share about my illness and the fact I was placed in 5 psychiatric hospitals. We began to date and I didn’t tell her. I finally had enough courage after three months. I was worried and frightened. I told her the truth and her response changed my life.

She said I am a kind person and just because I used to be very ill doesn’t mean I don’t deserve love. She also said that I am warm, kind and act normal. We dated for a long time and I would eventually get married.

I am proud to be married to my wife for almost nine years. We have two beautiful children and many friends. It is never too late to get healthy and meet others. Your fears might eventually go away and you can become stronger. I hope you remember that you are valuable and there is someone who will love and appreciate the human being you are.